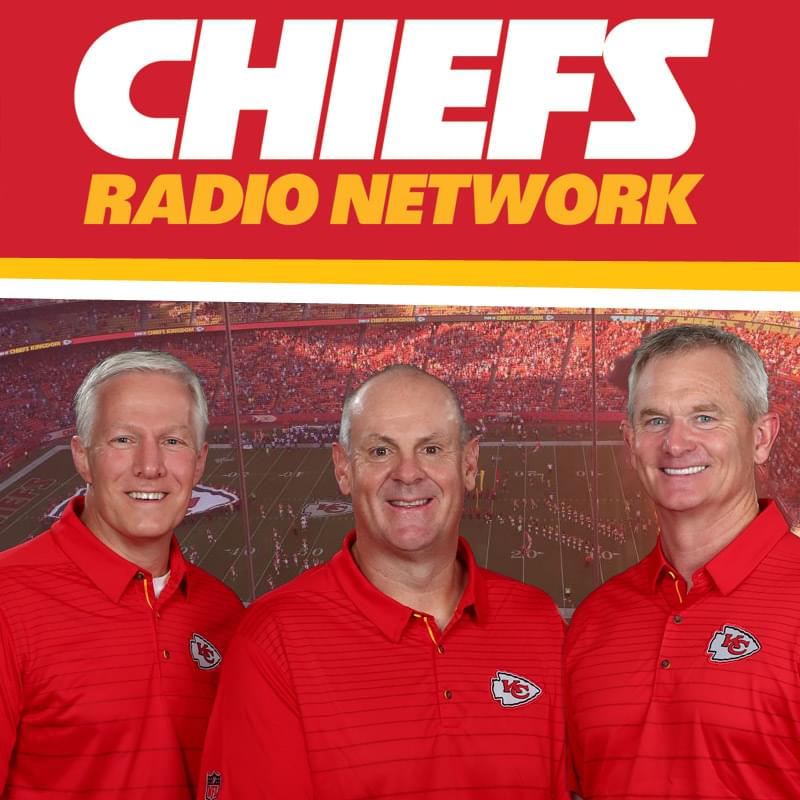 As the largest and longest tenured NFL Radio Rights holder, the Chiefs Radio Network is dedicated to providing Chiefs fans throughout the world, a front row seat for everything Chiefs! A relationship that began in 1990, Chiefs Radio has become the most trusted entity for Kansas City Chiefs Football. This award-winning coverage serves the Chiefs Kingdom with 93 affiliates across 12 states, and worldwide on the internet and satellite radio.

Hall of Fame broadcaster Mitch Holthus has become one of the longest running play-by-play announcers in professional football. Since joining the team as the “Voice of the Chiefs” in 1994, Mitch has established himself as one of the region’s most recognizable and honored broadcasters. Hothus high-energy and creative play-by-play calls have become iconic throughout the NFL. No Chiefs game is complete, without Mitch’s signature “Touchdown Kan Zuh City.” Mitch is a native of Smith Center, Kansas, and a graduate of Kansas State University. Mitch is the HOST of the weekly CHIEFS Kingdom Show which broadcasts LIVE at a Local Hy-Vee the MONDAY after EVERY Chiefs game, and the CHIEFS Podcast Defending the Kingdom!

BJ Kissel grew up in Kansas City and has been covering the Chiefs as their in-house reporter since 2014. He grew up in Stilwell, Kansas and attended Blue Valley High School before getting his degree from Kansas State in 2006, following a quick stop at Central Missouri State. He played baseball for the Mules for two years and was a member of the 2003 National Championship team before heading to Manhattan to finish his career. He ranks 7th all-time in relief appearances for the Wildcats. BJ got his degree in Electronic Journalism from Kansas State in 2006. In addition to working the sidelines on game day, BJ is responsible for comprehensive coverage of the Kansas City Chiefs as he oversees the Chiefs’ Official Podcast Network and Video Production as the @ChiefsReporter for CHIEFS.com and is the weekly host of the CHIEFS podcast IN THE TRENCHES.

Since 2008, Art Hains is the rock steady voice that glues our almost 8-hour game-day broadcast together. As the anchor of our NFL Desk, Art hosts the pre-game show, half time and in game reports as well as post-game coverage for the entire Chiefs Radio Network. An award-winning sportscaster and Missouri native, Art’s experience include hosting the Dallas Cowboys pre and post-game shows from 1981-1985 as well as being the “Voice of the Missouri State Bears” since 1977.

Len Dawson is a Kansas City and NFL legend. Within Dawson’s storied career, are two Super Bowl appearances (1966 SB I and 1969 SBIV). In 1969, his defeat of the Minnesota Vikings in Super Bowl IV earned him the Most Valuable Player. Len’s long AFL-NFL playing career was capped in 1987 with his induction into the Pro Football Hall of Fame in Canton, Ohio, just a few miles down the road from his hometown of Alliance. He joined the Chiefs Radio Network in 1985 and served as Color Analysist until his full retirement in 2017. A graduate of Purdue University, Len began his broadcasting career while he was still playing. After his retirement from pro football, Dawson would become the host of HBO’s immensely popular INSIDE the NFL for 24 seasons (1978-2001).

Dan Israel serves as Game-Day host and is the Executive Producer of Chiefs Radio. Since 1990 Israel has been a driving force behind the innovation and award-winning sound of the Chiefs Radio Network. Under his leadership, Chiefs Radio has become the largest and most tenured network in professional football. Israel’s broadcasting career began in 1983, while in college, as a part-time studio board-op for Chiefs games.

Join Mitch, Kendall, Dan, and Art every game day for the best, most comprehensive Chiefs football coverage anywhere, on the Radio Home of the Chiefs – 101 The Fox, or any of the Chiefs Radio Network affiliates.